Josephine and My Mother

There were buddies from the start.

In 1991, my mother had just moved to Wisconsin and a few months later Josephine came charging into our lives. Over the next 11 years I got an assortment of dogs and each time M 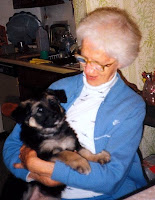 other would say... "What about poor Josephine?" And Josephine would look at her and then at me as if to say "See.. she loves me".....

Eleven years later, after recovering from a hip replacement, Mother who was now 91 years old, started going downhill and the time had come for her to go to a home to live.  Daughter Candace, whom she was especially close to, called me one day and said that she would like her grandmother to come back to Pennsylvania to live out her days in a home where she used to volunteer.  So in September of 2002, she did just that and never saw Josephine again.  I took other dogs on a trip there to see her but Josephine was left behind.

In the spring of 2003 Mother was going downhill and so was Josephine.  On June 28th I took Josephine to the vet because she was horribly thin and now wasn't eating.  The diagnosis... kidneys were shutting down and the vet suggested that I take her home and enjoy her but most likely her time will come very soon.

On the way home from the vet that day I called Mother who mentally was sound even through her body was slowly shutting down and told her about Josephine.  The next day I spoke with her in the morning and she wasn't coherent so I called Candace to find out what was going on.  The doctor was called and the diagnosis... her kidneys were shutting down.

During the next 5 days Mother was in and out of consciousness and often talking with her mother.  Josephine made the rou 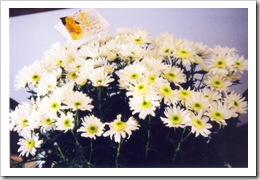 nds and only ate what was not good for her.  It became apparent that she was still losing weight and the appointment was made for the vet to come to the house on July 3rd.  People kept showing up.... Darcy, Janeen, Marissa, Tim, Kate..  Kate's kids had made a box for her and painted the outside and Darcy helped me pick a tree to be planted near her resting place.  She crossed peacefully and was laid to rest in the yard.  Soon after that daisies were delivered from Candace and Sharon.

Did they go together?  Did they plan it?  I always thought so.  When I had a conversation with Marilyn for the first tim 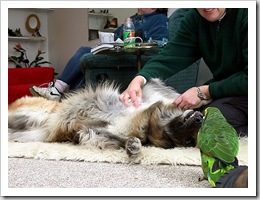 e I asked if we could contact her and here are the results.

Marilyn said is she long in body… not stocky and square… Yes.    She was your first dog or changed your life. She’s rolling on back to rub her body…. She’s saying “tell her I’m on my back”.
(All true. She liked me to scratch her belly and at first I didn’t realize that but not long after a photo came on my screen saver where she was on her back and I was scratching her belly)

**********So……Are you with Grandma?    Yes…. They walked together… one went first, paved the way and waited so they could go together…..
(I explained that they crossed within a few days of each other and that Josephine went first. Marilyn just didn’t think that was the way it happened.  I explained that Mother was in and out of consciousness for about 4 days before Josephine crossed and that she was talking with HER mother. Marilyn immediately said something to the effect that she didn’t go then because SHE was waiting for Josephine)

She WAS personality plus.    …..if she could cause trouble SHE WOULD!   …..she had a mission though…
(Well, we all knew that was true, don’t we?? ...the trouble thing! She was always trying to see what trouble she could get into (fun for her) up until days before she left me when I left her in the front seat of the van to go back in the house to get something and I come back out to see her trotting up the road) She was however an awesome therapy dog and made a difference in peoples lives for probably 10 years. 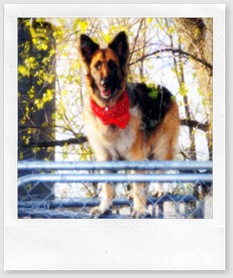 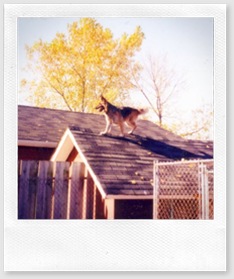 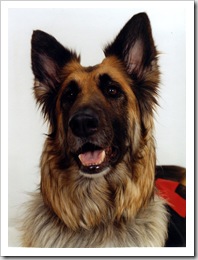 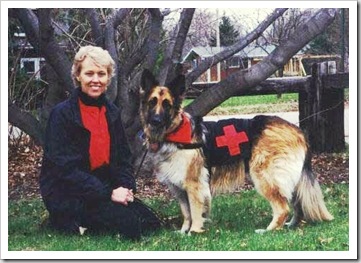 July 5th is Candace’s birthday.  She felt it was an honor that her grandma crossed on this day.  The two of them had many of the same interests  - their love of music and passion to paint or draw.  Candace prayed for a sign that everything was OK and the way it should be.

That night for her birthday her family went to visit another family.  During the visit, the host’s son played an unfamiliar piano piece.  Unfamiliar to me that is and most people but not to Candace and her grandmother for it was their favorite song.

This was the sign that she prayed for and she knew it.  She also knew that everything was as it should be.