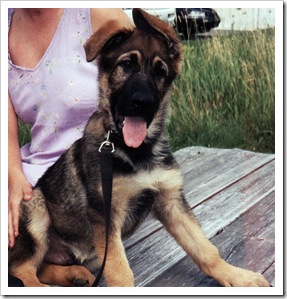 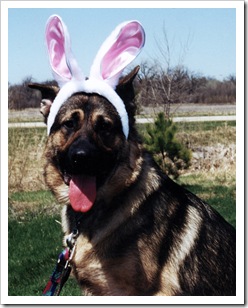 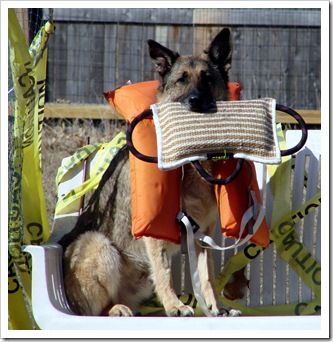 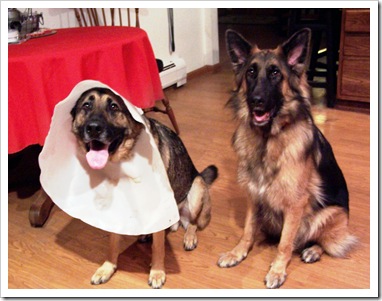 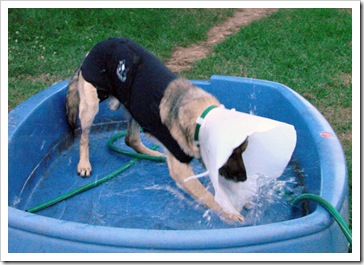 Kobie (who normally LOVES the snow) didn’t even want to stay outside!! 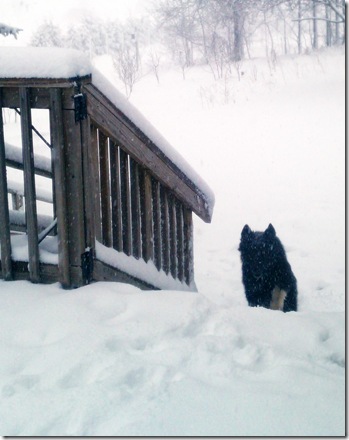 Email ThisBlogThis!Share to TwitterShare to FacebookShare to Pinterest
Labels: Kobie 2001-2011, Stories and stuff

…passed down from generation to generation….  huh?   what’s that??  Let me first say…  I don’t sell Anxiety Wraps – although maybe I should.  Here’s the website:  https://anxietywrap.com/default.aspx   and here’s what it says….

A Therapeutic Hug …..The Anxiety Wrap uses Maintained Pressure and Acupressure to relieve stress and end/lessen fears and anxieties in dogs. Created in 2001, it was the first of its kind on the market and invented the category of Pressure Wraps.  The Anxiety Wrap mainly alleviates/lessens five major conditions:

So anyway..  you can read about it…  First I bought it for Josephine for thunderstorm phobia..  sort of helped…  I have no photos online because that was BD (before digital).

Next was Teddy.  He had hip surgery and wouldn’t wear a cone.  Well actually he would but then wouldn’t move a muscle.  If he was sitting when I put the cone on him, 2 hours later he was sitting in the same place.  Hmm …  the anxiety wrap… would cover most of his hip but not all so we had to add some scarves…  pretty snazzy, huh? 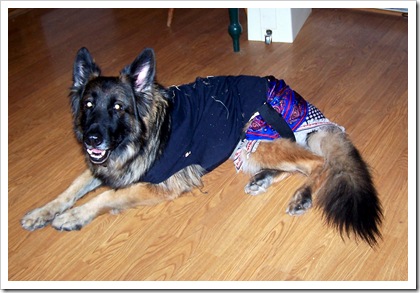 And then there was Ari…  I really can’t remember why he has both the Anxiety Wrap and a cone on in this picture but it sure was a photo opportunity.  He did not care what he had on… it was all about fun! 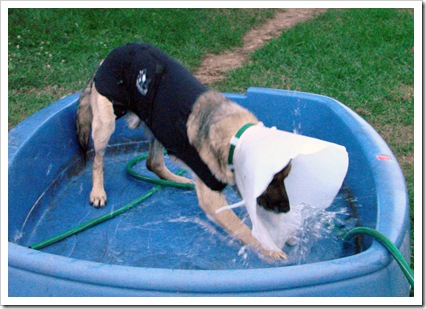 So now…  Jake has been scratching himself…  is it a habit, anxiety, who knows…  Last night I hunted down the tried and true Anxiety Wrap and it just immediately had an affect on him and there was no more scratching…  He slept in it and I don’t think he moved off of the bed at all and when he did I pulled it off of him and he seemed oh… so glad.  So far, the scratching has not returned but the second it does… on comes the wrap… and then I’ll get a photo of him also!! 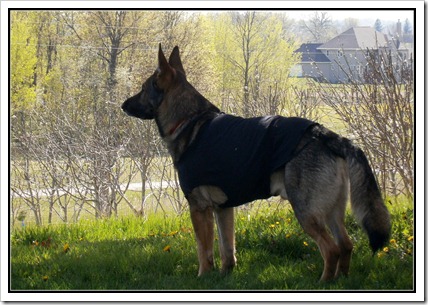 PS..  I would like to add that the first few times I put it on him he ran to my bedroom and buried his head under my pillow.  He obviously didn’t like it and if ever I saw a dog exhibit embarrassment, this was it. He was down right humiliated having to wear something like that!  I discovered that the trick is to put it on him while he is waiting to be fed…  Isn’t it amazing how food comforts even dogs!

Yep! GSDs get it all! 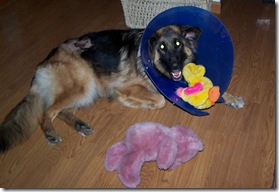 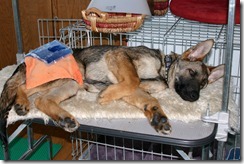 What would you do? (meds)

A question was asked of me recently and what initially seemed like a pretty straightforward question make me think.  This was the question:


“I was wondering if you could recommend nonprescription medicine for our dog. He is 13 and has a bone tumor on his front leg and arthritis in his back legs. An anti-inflammatory or anything for pain relief besides dog aspirin?”

I can only speak from my experience and I am certainly not a vet, vet tech or anyone related to the veterinary profession.  I just have dogs…. enough dogs that I’ve sometimes feel like I’ve experienced everything - which is, of course, not true and as I think of it, a topic for another post.  And I’m not a breeder so I have experienced nothing related to birthin’ ‘n babies!
So as I thought of what I would give to a 13 year old dog with a bone tumor, these thoughts ran through my head:
So…  do I have an answer?  My response is that it depends on the dog and its age and history.   Non-prescription – no suggestions..  it’s a “Vet thing”…..

Older dogs….  I usually take post photos of the dogs “smiling” with their tongue hanging out.  These are more serious pictures.  Teddy (1999 - 2009) on the left was on a walk through the woods and he was limping so he was resting.   Ari (1999 – 2009) in the middle was hanging out in his sandbox after the school bus went by.  Olivia (1999 – present) was visiting Teddy’s resting place a month after we lost him.  These 3, who were 6 months apart in age, were all about 9 when these pictures were taken. 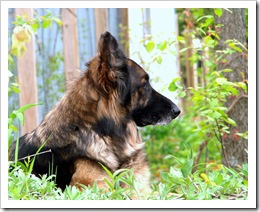 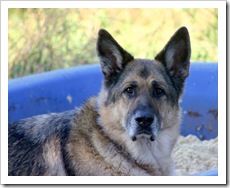 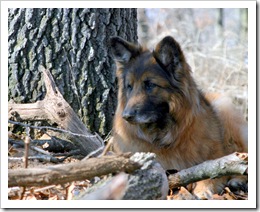 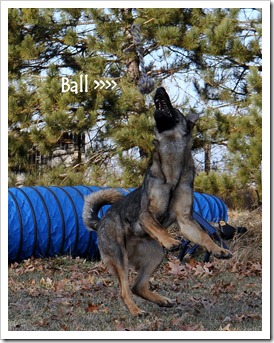