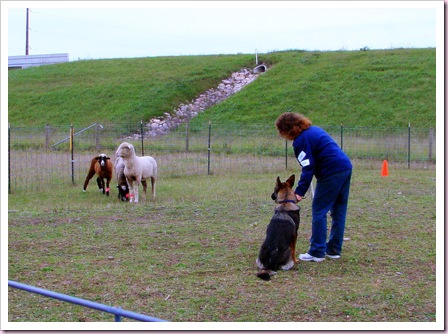 It is not the critic who counts

It is not the critic who counts;
not the man who points out how the strong man stumbles,
or where the doer of deeds could have done them better.
The credit belongs to the man who is actually in the arena,
whose face is marred by dust and sweat and blood;
who strives valiantly; who errs, and comes short again and again,
because there is no effort without error and shortcoming;
but who does actually strive to do the deeds;
who knows the great enthusiasms, the great devotions;
who spends himself in a worthy cause;
who at the best knows in the end the triumph of high achievement,
and who at the worst, if he fails, at least fails while daring greatly,
so that his place shall never be with those cold and timid souls
who know neither victory nor defeat.

With a gift certificate for my birthday and Mother's Day from Candace and her family,  I bought some perennials for the yard.

After deciding to clean out what used to be a sand box the fun began.  Brita was a 7 month old puppy who was being raised up by Teddy who taught her how to be a mudder and proud of it..  Olivia, Kobie and Ari were the 3 dogs who loved to play, especially Ari and Kobie who were often chasing after critters in the woods

Post script on June 1, 2011.  ......This adventure with the flowers had a lasting affect on the dogs.  When Ari talked to Marilyn, he showed her a picture of a fire in a firepit which was a puzzle to Marilyn until I showed her the picture here.  ......When Kobie spoke to Marilyn after she crossed, she told Marilyn to tell me to be sure to plant flowers.

Brita was about six months old when she participated in her first Michael Ellis seminar and, of course, had a blast. 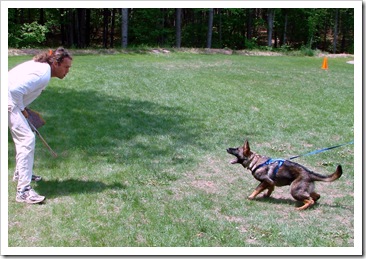 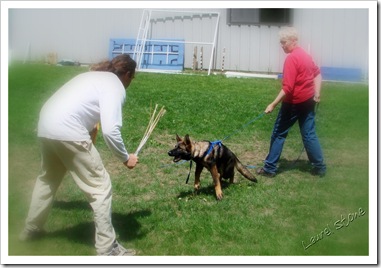 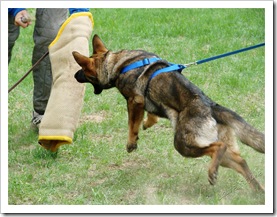 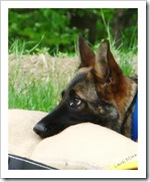 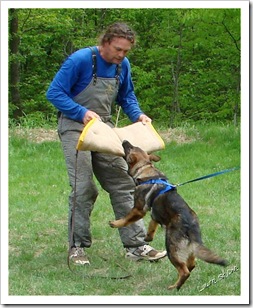 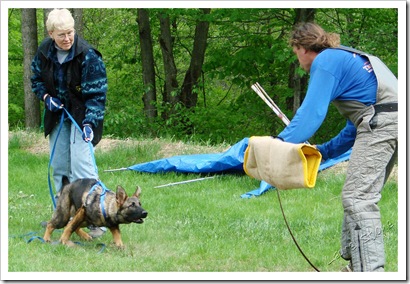 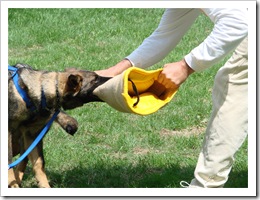 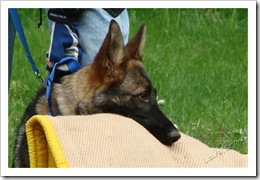 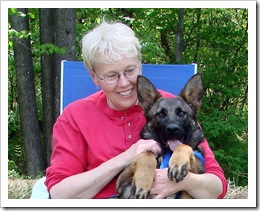 Banner Dogs has enjoyed hosting seminars with Michael Ellis since January, 2005. With Michael's School for Dog Trainers grand opening in October, 2009, in Fairfield, California, this may be one of the last times to train with Michael in the Midwest.

If you have participated in our previous seminars, you know what a talented dog trainer, teacher and coach Michael is. For those who have not yet taken the opportunity to work with him, and would like more information about Michael and his training methods, check out his bio and some introductory video clips.

Kobie was diagnosed with Pancreatic Insufficiency in 2007.  She had lost weight and was uncontrollably hungry all the time.  For the rest of her life any food I prepared for her was supposed to have pancreatic enzymes soaked in to it. I specifically state food that “I” prepared because she was

In the yard she would always be chasing after critters and once she and Ari shared a rabbit (I left the picture).  Also one year she discovered the PEAR tree!  I think that year she was addicted to sugar!

Of course, there were no enzymes on the outdoor food and in addition there were no enzymes on some food she had in the house such as eggs she stole by the dozen, numerous “to go” boxes (brought home for me), and then there was the entire pot of a dozen brats that was cooking on the stove and the spaghetti I had prepared for the rare dinner guest!  You get the picture.

It is speculated that she may not have gotten enough nutrients from her food because of EPI resulting in Osteoporosis.  This would have weakened her bones to the point that the humerus bone split when she slammed into the wall. 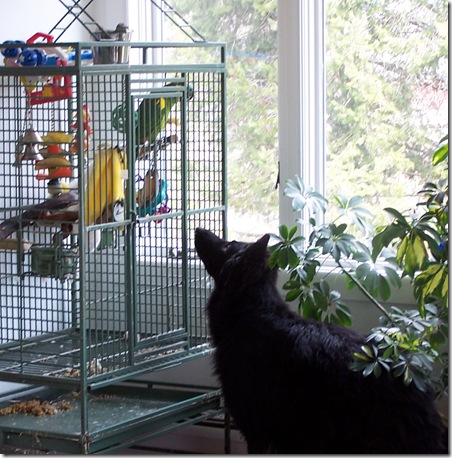 One of Kobie’s favorite spots was by the bird cage.
I used to say that Joshua was a food source for Kobie because he would feed her! 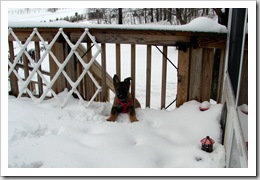 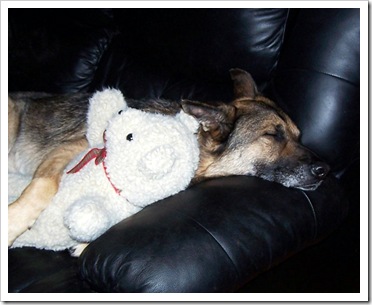