What fun Ari and Brita had!

It was yet another nice Saturday at the end of November and so we did some outdoor training!
Brita has done suit work but hadn’t as yet with Terence.  This was the afternoon session and if you hang in there until the end (or just watch the end) you’ll see her getting swung around and hanging on!


And we brought the old man today!  Ari at 10 1/2 still was crazy for the sleeve and on the edge as usual.  Of course, me telling me to heel was a puzzle to him since he never learned how to heel…  ...now fuss he knows so when "I" figured it out he was a tad better.  However, since he retired he has had no obedience except “get off the bed Ari”… or “get your ball Ari”…  or “want your dinner”… oh wait..  that’s not obedience..  that’s a question!  What is the best about the way he looks today is the fact that, over the summer, he on a number of occasions was unable to walk due to seizures and a probable brain tumor.  If you saw those videos, you’d know how special these videos taken today are!  Every day he is here is a gift.

Swimming… What Month Is It???

Today Brita and I were in Neenah and it was 55 degrees and sunny.  Yep..  it’s November 24th!  A favorite place we have is Fresh Air Park in south Neenah.  It’s a very small park, the size of a large building lot in between homes on Lake Winnebago.  Even in good weather, we often would have it to ourselves.  So… off we go… I can’t remember when the water has been so clear..  you could actually see the stones in the water – and this IS Lake Winnebago!
Camera in my left hand.  Tug in my right.  Toss tug.  Take pictures.  Do it again.  Some worked really well and some are gone!  At one point I did throw the tug a different direction so I would be facing the sun and I think there are a few good silhouette shots!  Fun time! 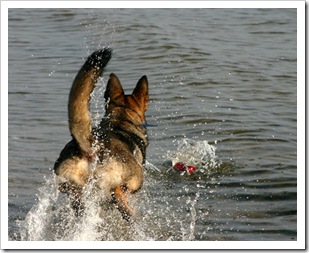 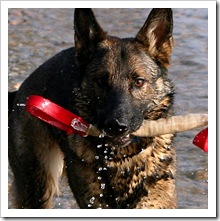 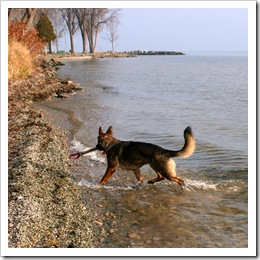 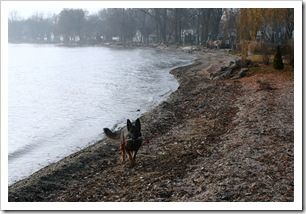 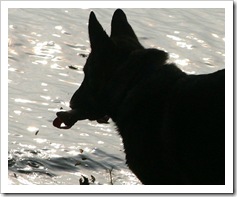 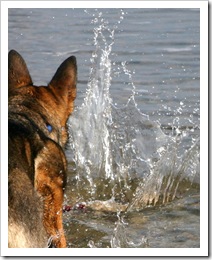 So today I was talking pictures for Steinig Tal Police Academy and Angie asked me to take pictures of her doing obedience.  Sure...  Then she asked if she could borrow Brita!  Of course.  It's fun to see your own dog work with someone else! 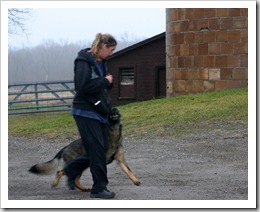 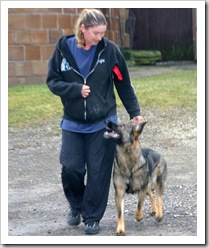 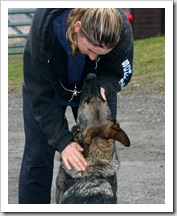 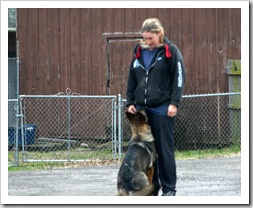 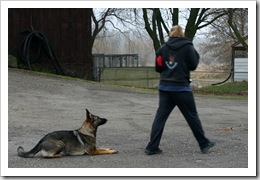 It's become a custom now...  Birthdays are spent at Clever K9s so off we go!  Pictures wer 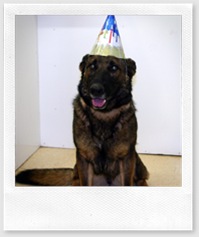 e taken and reports were good.... she had fun playing with the other dogs!  On the way home we stopped at McDonalds for a cheeseburger and ice cream!  (we shared the ice cream!!)

I had picked up a new retrieve item which was a unicorn on a stick... it didn't occur to me that the stick was plastic until the first time I said "hold" and she crunched it!  She did have fun retrieving it but was much happier playing with her ball on a rope even though for a bit it was stuck in a tree!

Another birthday behind her!!  Tomorrow back to work!  (and we should all like our work as much as she does!!) 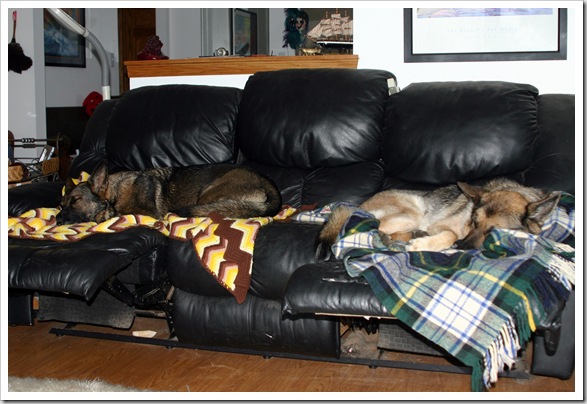 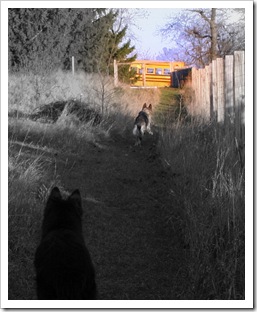 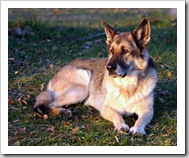 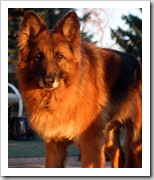 Brita on Her Red Truck

Brita loves playing in the yard.  It’s hard for me to walk through it without her heeling next to me.  I was carrying something recently and she was trying as best she could to be in correct position because she knows that doing it right brings fun play! 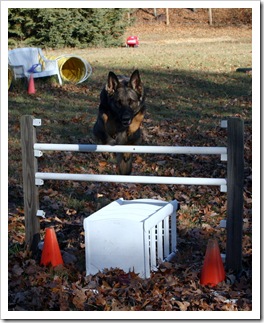 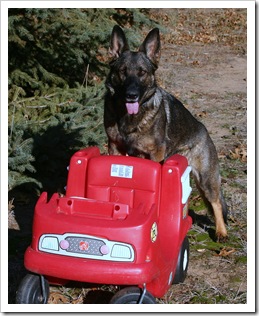 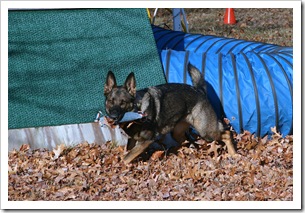 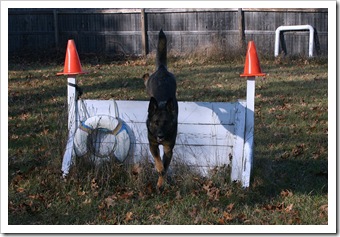 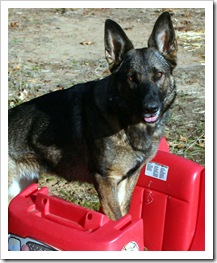