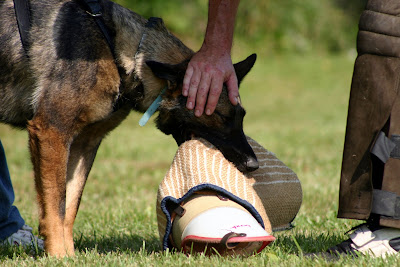 This was the photo that was everyones favorite... the connection between Wayne and Brita is cool!


Training was at Steinigtal Kennel. The main helper was Wayne Stephens and Gordy Esselman also stepped up to help. Working dogs was Angie Fink, Michelle Goodrum, Bob Evans, Laurel Stone, Gordy and Wayne. It was 2 days and Brita made significant progress each protection session! We has a blast and will be doing it again!

People ask about Brita's size thinking she is too small. (just had that conversation today) Brita weighs 56-58 pounds depending on the day. Based on these standards, she is just shy of the midrange of weight.

from the F.C.I. Standard

Please note: these are averages. Your puppy may grow faster or slower, larger or smaller. Consult your vet for an accurate evaluation of your puppy's development. 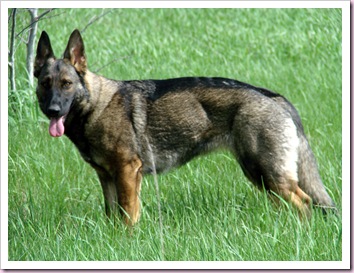 Email ThisBlogThis!Share to TwitterShare to FacebookShare to Pinterest
Labels: Stories and stuff 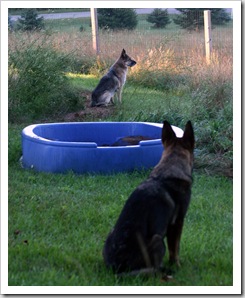 Due to Ari's ups and downs with seizures most likely from a brain tumor and his inability to walk, I never thought he'd be around the first day of school this year much less be in good enough shape to play with Brita while waiting for it to arrive the first day of school. The first event was the arrival of a dump truck and it's departure, then the kids getting the bus and then the bus itself! At the end of the series of pictures, Brita is so 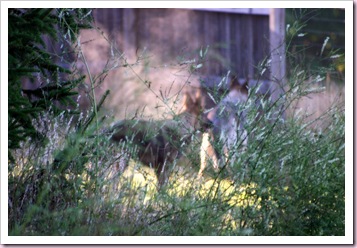 warm from running that there is steam coming from her body. It was a cool morning with low lying fog and at first I thought she was kicking up sand but then realized it was following her everywhere!