I’ve had pet insurance in the past… actually years ago for Josephine.  More dogs, more cost (obviously) and the less likely a person is to have it.  So, it’s been years.  When I registered Jake with the AKC in the paperwork sent back was a 60 day free trial so I thought what the heck I might as well do it.  He was registered on January 22nd – 5 days after he came to live with me and that’s when the insurance began.

Because the surgery happened during the 60 days I thought why not submit it.
Well, I got a rejection letter..  sorry.. pre-existing condition.

So I went back and look closely at the original video and then took some screen shots…  hhmmm…..  what do you think…  a skeletal leg.  Shouldn’t there be muscle there?  He did have an abscess that was treated but would that cause his hip bone to protrude. 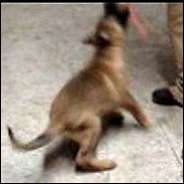 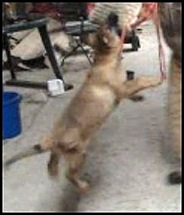 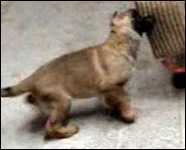 Then I looked at some shots the day after I brought him home.  He definitely had a hip bone that protruded which could have meant that something was wrong…  more than one person commented about it. 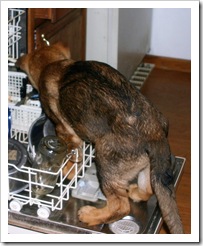 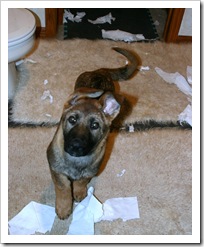 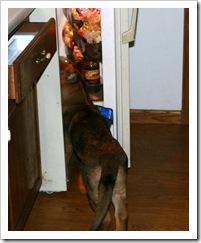 Well… it’s too bad the insurance company didn’t talk to the breeder.  I’m sure he would have convinced them that it was not pre-existing since he knows absolutely that it didn’t happen when he had Jake and that he felt no responsibility to pay for anything that didn’t happen there….  hmmmm