A fun weekend for Jake and Brita!

Jake definitely is a water dog!  The sprinkler was great until he hit it too hard with his foot and it stopped working. 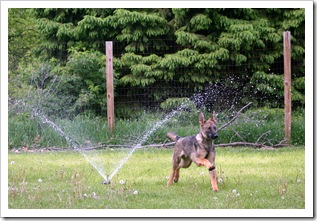 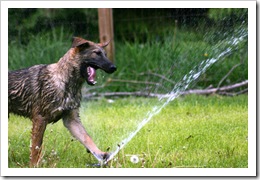 Brita would have nothing to do with the sprinkler so she was stalking some critter in the woods but that ended when Jake came bouncing over to her. 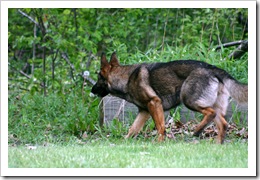 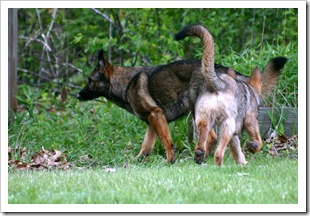 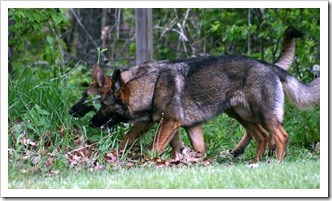 Then it was off to the field and a little running.  Brita then went under the deck and Jake did what he does to relax…  scratch himself until he goes under the deck also. 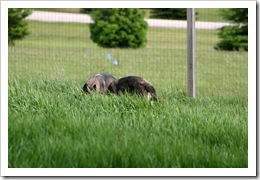 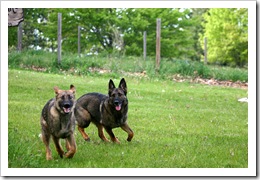 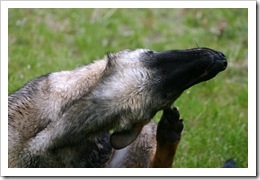 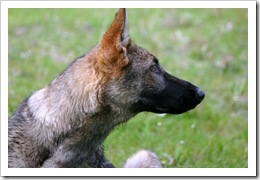 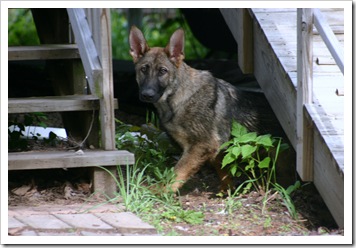 Next was the new setup for the hose and more water fun!  It was hooked over the fence shower style and the water was directed into the pool.  Who knew that Jake would have tried to jump 5 feet to reach the top and get to the hose! Brita wanted to get into the pool but figured it was safer to stay out of his way! Entire time with the hose on..  5 min. max. 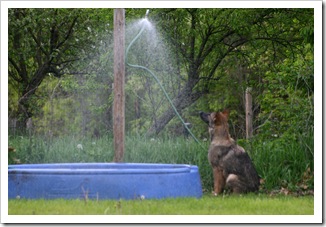 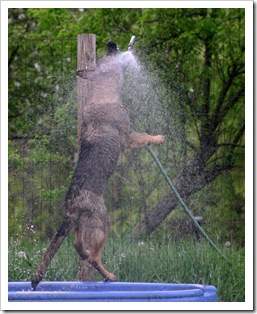 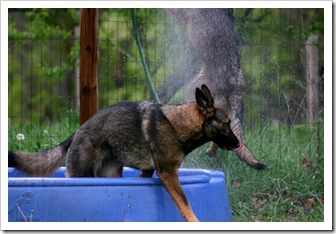 So Sunday I lowered the hose thinking that would stop the jumping.  It did.  In only a few minutes, however, it became apparent that Jake was drinking TOO much water!  So the hose was off for the day and they played without the water! 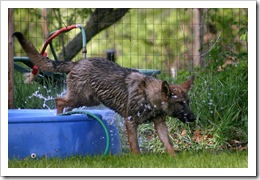 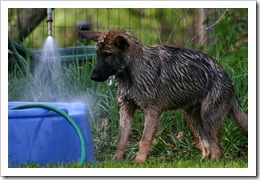 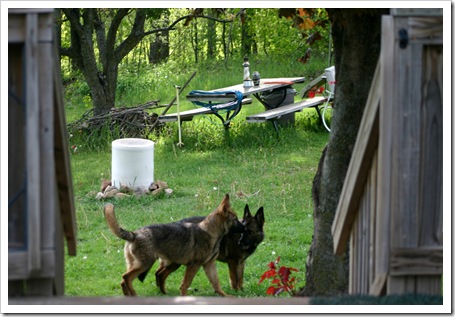