Thoughts for today about Jake…

Well after yesterday we have lots of things hanging in the crate for him to pull as long as he wants to…. and he understands the concept.  One thing he pickup up very easily was to put his head down when he is lying on his side on the grooming table.  Just the act of putting it down causes him to relax and of course there is always a treat involved.  At first I thought how am I ever going to get him to lie still so I could put ice on it, and this works!  Rewards with jars that had jelly in are good also!! 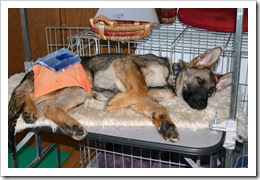 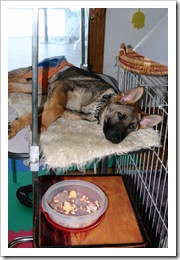 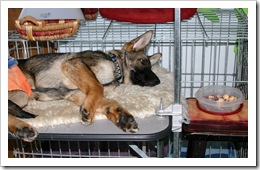 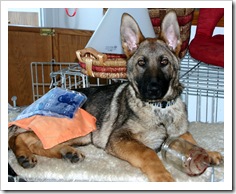 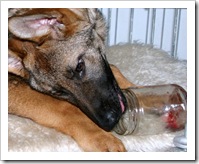